What You Need to Know Before Moving to Fort Worth

If you’re considering moving to Fort Worth, you’re not alone. The Dallas-Fort Worth area adds more than 200 residents per day—ranking second in the U.S. for the largest number of residents migrating from out of state. Between its top-notch restaurants, world-class museums, live music venues and some of the friendliest residents in Texas, you’re going to love everything Fort Worth has to offer.

For those who enjoy a true taste of Texas and Western heritage, there’s nothing that embodies where the West begins quite like the Stockyards National Historic District. For those who are just looking to get a feel for one of the best downtown districts in the nation, there’s plenty to do year-round in Sundance Square. Few downtowns have achieved the cohesion between cowboy culture and urban sophistication that Fort Worth has—and that’s what makes it so incredibly unique.

Aside from its historic culture and vibrant nightlife, Fort Worth offers quaint neighborhoods, endless things to see and do, affordable living, and world-class opportunities for business. And it’s not slowing down anytime soon.

Whether you’re moving for a career or just eager to get a taste of a new city, you’ll soon find out why Fort Worth is one of America’s most livable cities. Here’s what you need to know before moving to the Lone Star State.

The Best Neighborhoods in Fort Worth 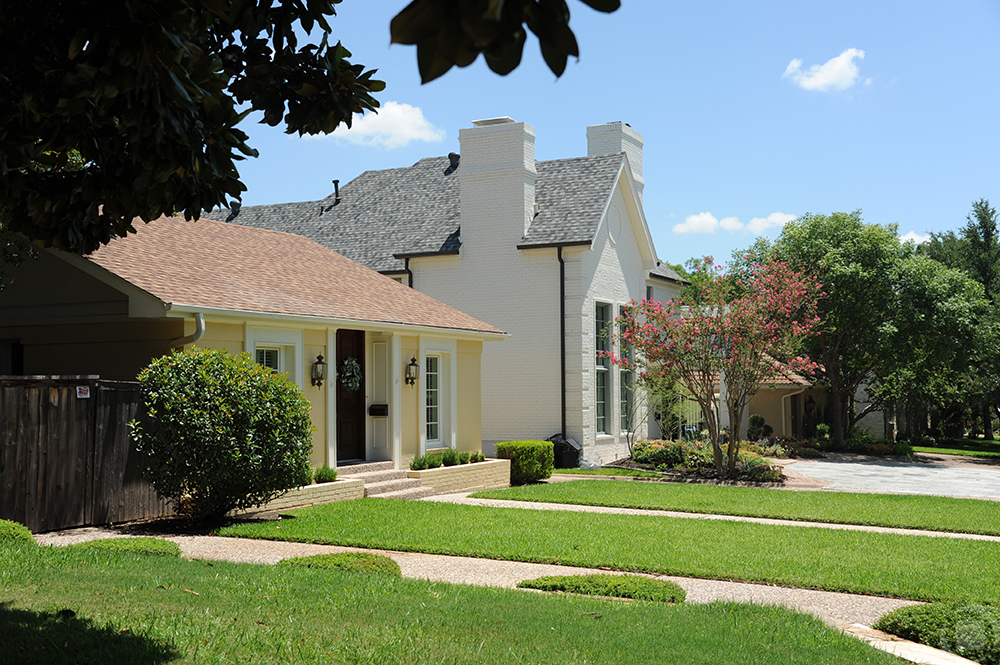 With a hot housing market and great cost of living, it’s no wonder families are moving to Fort Worth over other popular urban destinations. Out of 100 metro areas, Fort Worth ranks 15th on the list of U.S. News Best Places to Live. Whether you’re looking for hi-rise condos and lofts or southern suburbia landscapes, you’ll easily be able to find the perfect home for you and your family.

“The city and region offer significant employment opportunities, diverse and affordable housing options, and a wonderful quality of life,” says Brenda Hicks-Sorensen, assistant director of economic development for the City of Fort Worth. “All of this has been recognized nationally, and continues to draw people to our city and the region.”

Contemplating where to live in Fort Worth? There of plenty of spots to plant some roots. Here are some of the best Fort Worth neighborhoods:

There are Endless Fun Things to Do in Fort Worth

Known for being both a vibrant, contemporary city while still living up to its Cowtown reputation, Fort Worth offers the best of both worlds—and there’s always something to do. After moving to Fort Worth, experience the true Western heritage at the world’s first and largest indoor rodeo or get a taste of fine art and modern architecture at one of the city’s many world-class museums.

Here are some things to do in the City of Cowboys and Culture:

Take a stroll in Sundance Square.

Recognized as one of the top downtown districts in America, Sundance Square attracts more than 10 million visitors per year. It’s a vibrant, award-winning entertainment district spanning 35 blocks in the heart of downtown Fort Worth. You’ll find plenty of local boutiques, trendy restaurants and sensational live music, yoga and outdoor movies. 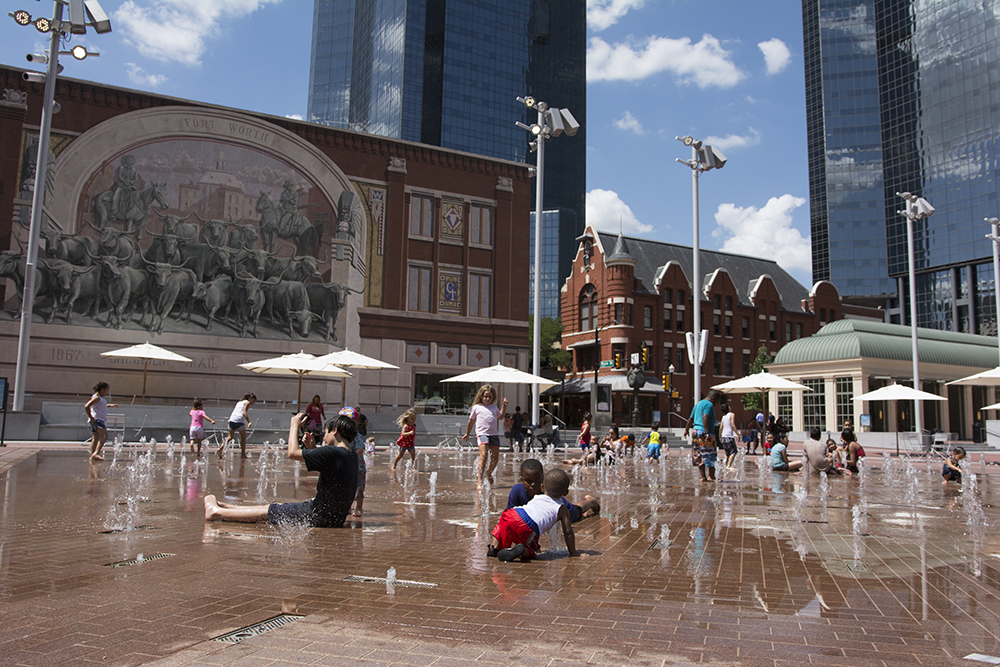 Check out the Cultural District.

Known as the “museum capital of the Southwest,” Fort Worth offers a variety of world-famous museums known for their quality and architecture. Travel back in time to the mid-1800s at the Log Cabin Village, check out contemporary masterpieces at the Modern Art Museum of Fort Worth, and see Michelangelo’s first known painting at the Kimbell Art Museum. 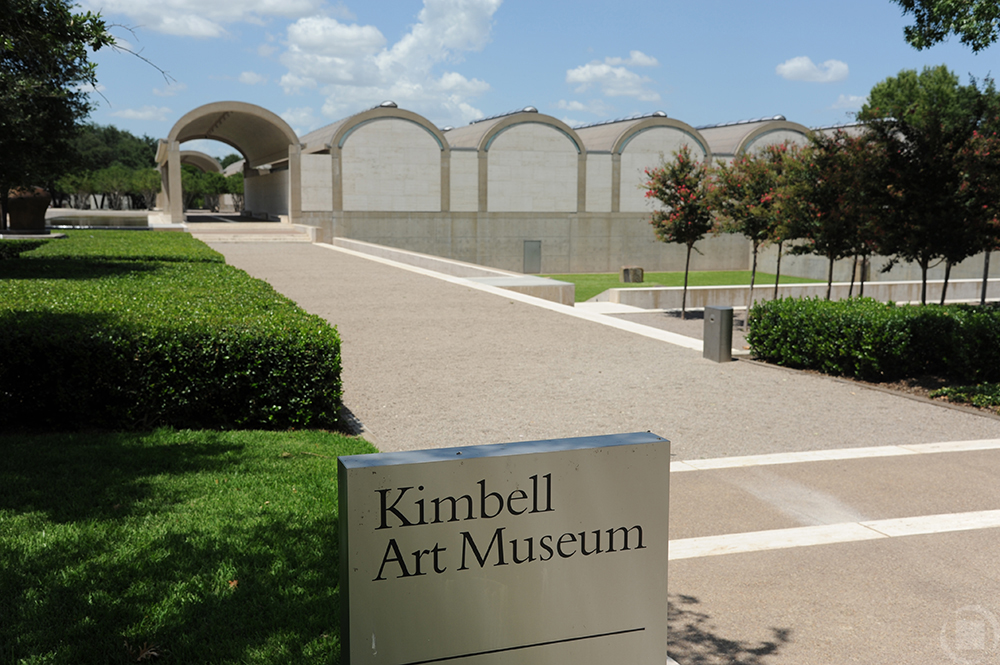 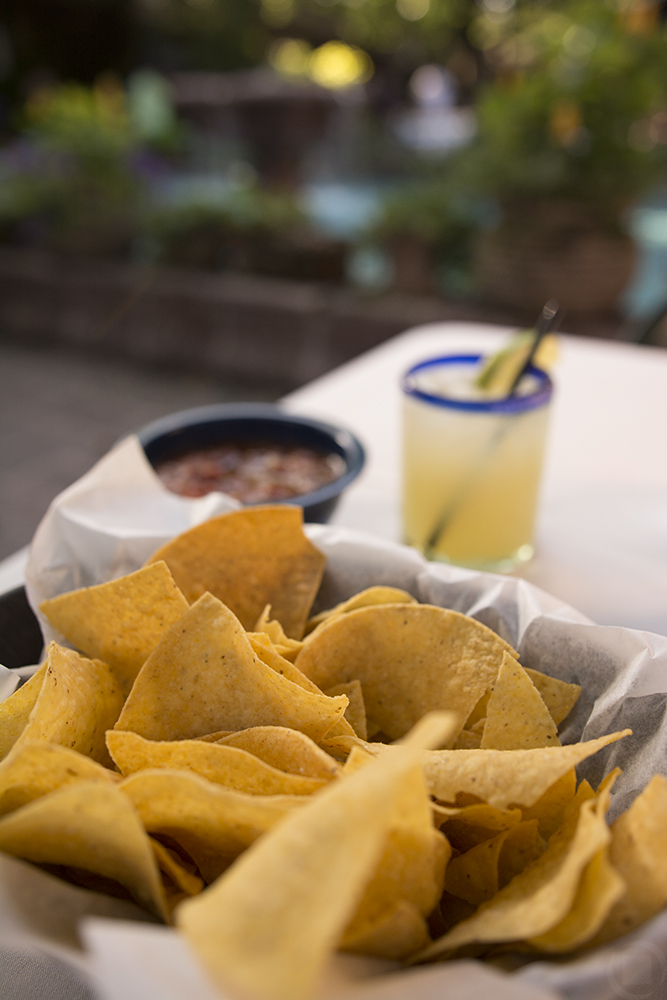 Dig into the delicious grub.

In Fort Worth, there’s something on the menu for everybody:

Head to the Fort Worth Zoo.

If there’s anything you don’t want to miss in Fort Worth, it’s the Fort Worth Zoo—which has just been named the No. 4 zoo in the country according to USA Today’s Best Zoos survey. Since its inception in 1909, the Zoo has grown into a nationally ranked facility, housing more than 7,000 native and exotic animals. The Zoo also recently announced its plan for A Wilder Vision: a $100-million capital campaign that will include new exhibit space, renovated habitats, special events space and new ways to interact with animals.

Saddle up for Western heritage.

What was once an Army outpost has evolved into an electric, cultural city that still celebrates its Western heritage. Fort Worth—”where the West begins”—offers the Fort Worth Herd, daily cattle drives at the Stockyards National Historic District, shopping for handcrafted hats and cowboy boots, and live rodeos every weekend at Cowtown Coliseum. Looking for fun things to do in Fort Worth with kids? Head over to Six Flags Over Texas or the Noble Planetarium for endless amusement. 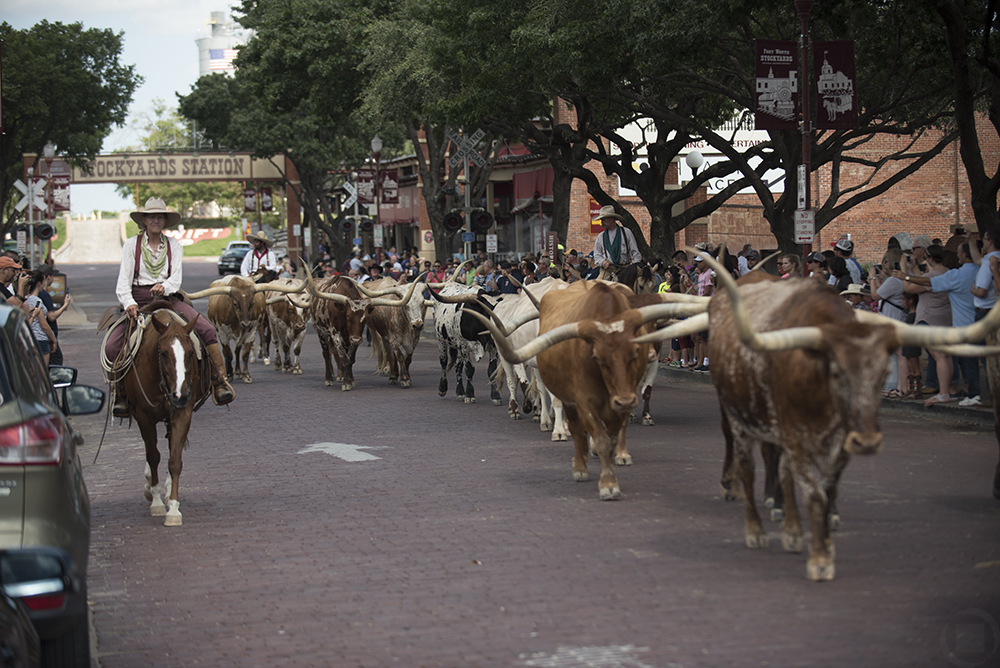 While Fort Worth home prices have climbed over the past few years, they remain affordable. The cost of housing in Fort Worth is 23 percent lower than the national average. 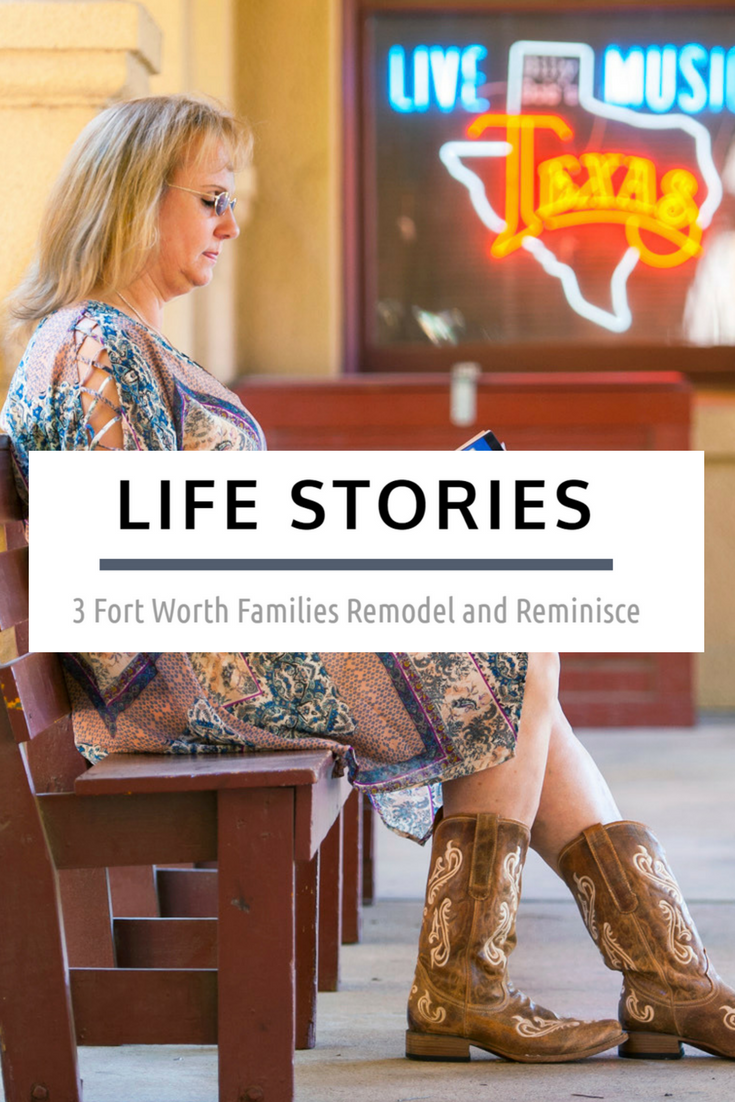 Since the Fort Worth metroplex has become such a popular place to live, it’s definitely a seller’s market. When it comes to housing costs, Fort Worth is a relatively inexpensive place to live. According to a recent report, 80 percent of housing sells for $500,000 or less. The median home price is $210,181. 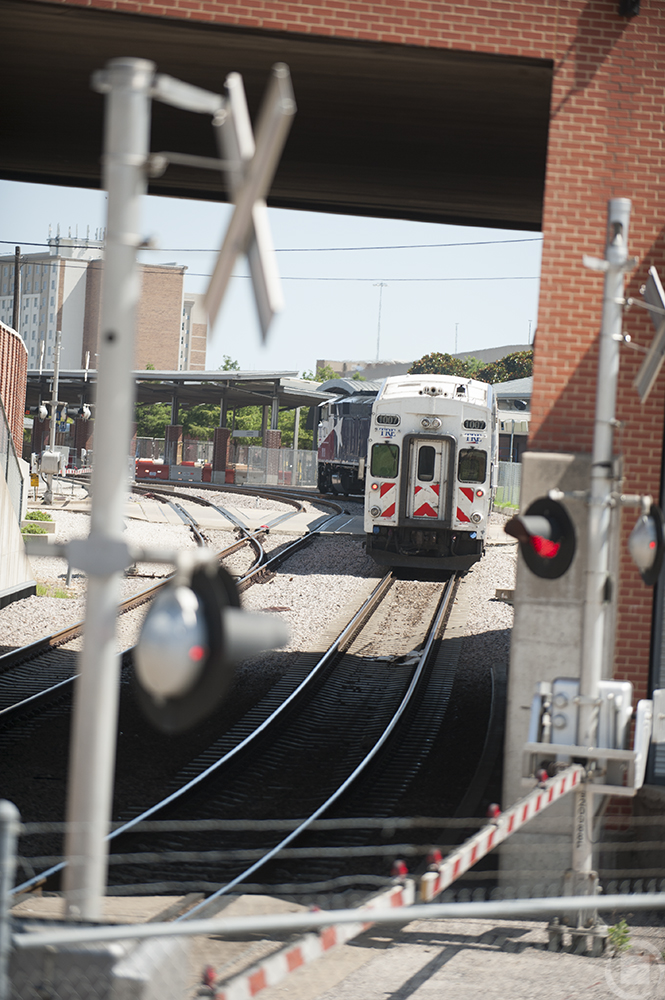 If you’re moving to Fort Worth, you’ll need to have an idea of your daily, weekly and monthly spending. Below is a breakdown of average expenses based on 2016 costs:

Wondering if you should buy or rent in Fort Worth? With both home prices and rental prices rising over the last year, real estate experts recommend that if you plan on staying seven years or more, buying is worth it in the long run.

It’s Easy to Find Jobs in Fort Worth, TX 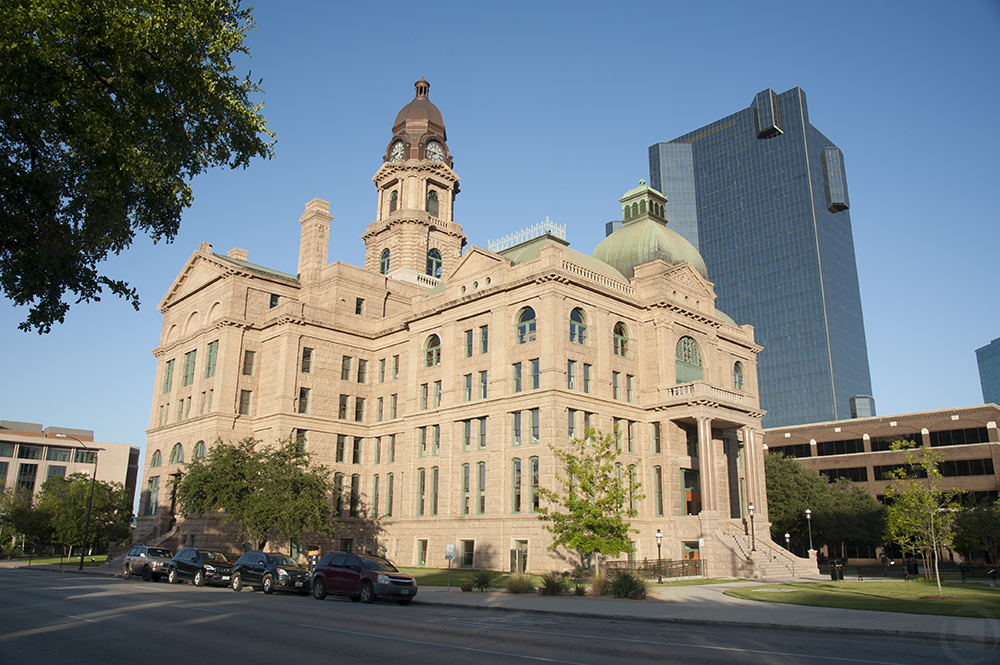 If you’re moving to Fort Worth in the near future, landing a job is most likely on the top of your priority list. You’re in luck: between its central location, affordable living and world-class opportunities for business, Fort Worth is among the top career destinations in the world. In fact, the Dallas-Fort Worth Metroplex ranks among the top five in the nation for its concentration of Fortune 500 company headquarters.

Over the last four decades, the Dallas/Fort Worth International Airport has become a multibillion-dollar economic engine for the area. The third busiest airport in the world (and tenth busiest international gateway in the U.S.), it’s home to the world’s largest airline and carries over 60 million passengers a year. Almost 60,000 people go to work at the airport each day.

In the last year alone, Fort Worth has added almost 117,000 new jobs—more than any other major U.S. market outside of New York City and L.A. In addition to being a major trade center and distribution hub, the Fort Worth area is also the state’s telecommunications center. Emerging economic sectors also include semiconductor manufacturing, communications equipment manufacturing, corporate offices and distribution.

Some of the best companies to work for in Fort Worth are:

Not only is Fort Worth home to more than 80,000 businesses, but it also boasts an impressive school system. From pre-kindergarten to graduate school, Fort Worth offers a wide range of educational resources to its residents.

Here are some of the noteworthy schools in Fort Worth, TX:

The largest district in Tarrant County, The Fort Worth Independent School District contains 139 K-12 schools with more than 81,000 students. If you’re interested in public schools in Fort Worth, check out the complete list and map of Tarrant County.

Due to numerous educational opportunities around Fort Worth, high school students don’t need to travel far to pursue a college degree. The region offers more than 60 colleges and universities, ranging from public and private schools to medical and technical training. In the Fort Worth area, you’ll find Tarleton State University, Texas Christian University, University of North Texas, Texas A&M University School of Law and more.

Fort Worth is a Music and Art Lover’s Dream

While Fort Worth may be known for its cowboy culture, it boasts one heck of a performing arts scene. When you’re in the mood for a great show, the full range of live music in Fort Worth has you covered. 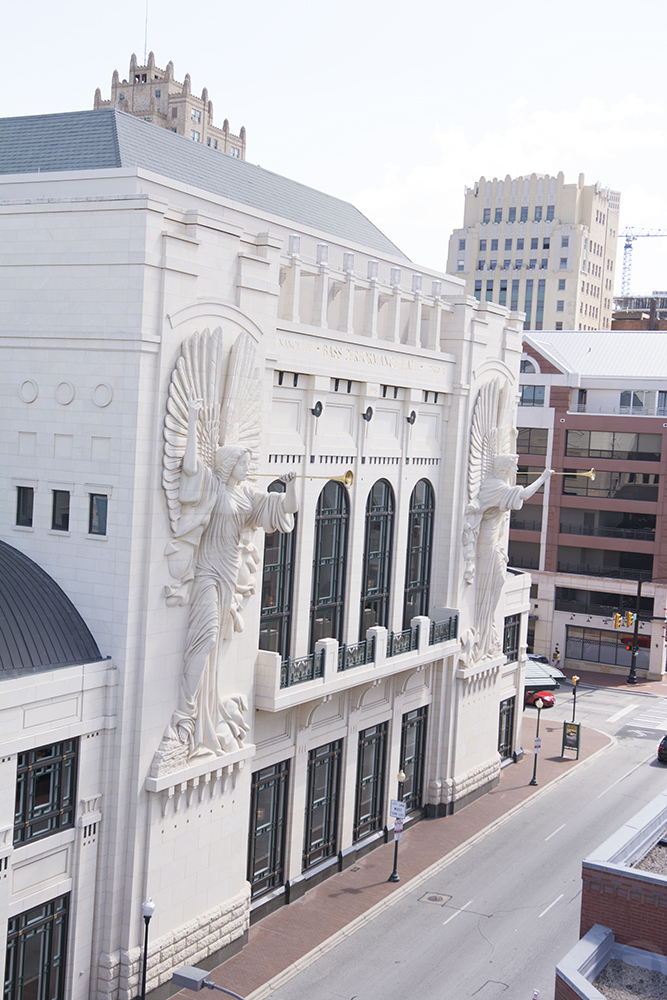 Choose from any of these popular venues:

Rated the No. 1 arts festival in Texas (and third in the entire country), this annual four-day event features live music, an art fair, street performers and loads of family fun. Join music and art fans from around the country as they celebrate a tradition that’s been going on for nearly three decades. The best part? It’s entirely free.

Named one of the Top 10 Opera Houses in the World, Bass Performance Hall is located in the historic Sundance Square District downtown. It seats over 2,000 people and is home to Broadway shows and many performing-arts organizations including Texas Ballet Theater, Fort Worth Opera and Fort Worth Symphony Orchestra.

Considered the City of Cowboys and Culture, Fort Worth is the perfect spot to host the Lone Star Film Festival. Held every year in Sundance Square, the five-day festival presents some of the most anticipated films of the year. It has also been named one of MovieMaker Magazine’s Top 25 Film Festivals Worth the Entry Fee.

Some other live venues worth checking out in Fort Worth: Magnolia Motor Lounge, Wild Rooster, Capital Bar and Fred’s Texas Cafe.

Moving to the Dallas/Fort Worth Area?

Now that you know everything there is to know about America’s 16th largest city, it’s no wonder you’re seriously considering becoming Fort Worth’s newest resident. It’s tough to say no to the city’s class, culture and cowboys.

Whether you’re moving cross-country or just a short drive away, the moving process can be quite stressful. From packing supplies to truck rentals and more, Life Storage offers a wide range of self storage options to make your move a breeze.

Are you and your family moving to Fort Worth? What do you look forward to most in the Lone Star State? Let us know in the comments below

Many of the changes written into the tax law signed by President Trump in December 2017 were implemented for the 2018 tax year. That...
Energy

Attention all business owners of convenience stores,  grocery stores, factories, and other industries. Due to the deregulation of commercial electricity the rates of electricity...
Health & Fitness

If you're looking to lead an incredibly healthy and energetic life, you should try Method Makia. The revolutionary training program's goal is to train...